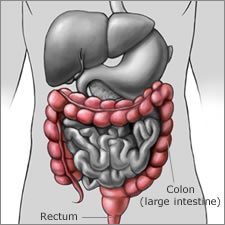 Ulcerative colitis affects the large intestine, and causes inflammation in the inner lining of the colon. Crohn’s disease may cause inflammation anywhere throughout the gastrointestinal tract, and the inflammation may penetrate deep into the tissues of affected areas.

The exact causes of inflammatory bowel disease are unknown. IBD may be caused by certain genetic factors that put an individual at a predisposition for the condition, as well as environmental factors such as bacteria, viruses, or allergenic products in the intestines, which in certain susceptible individuals, prompt the immune system to aggressively attack the intestinal lining. Although stress and certain foods do not cause IBD, these factors may make the condition worse.

More than one million people suffer from inflammatory bowel disease in the United States. The condition affects both men and women at any age, but is most frequently diagnosed in those between the ages of 15 and 35. Out of all patients who suffer from Crohn’s disease, twenty percent have a direct family member, such as a parent or sibling that also suffers from the disease.

Common signs and symptoms of inflammatory bowel disease include:

Less common signs and symptoms of inflammatory bowel disease include:

In many patients, it may be difficult to differentiate ulcerative colitis from Crohn’s disease, due to their similar symptoms. If your gastroenterologist suspects that you are exhibiting symptoms of inflammatory bowel disease, then he may recommend a flexible sigmoidoscopy, colonoscopy, barium x-rays, CAT scan, MRI or capsule endoscopy to evaluate your gastrointestinal tract..

If your gastroenterologist believes that you are suffering from inflammatory bowel disease, then you will be provided with precise instructions as to the best modes of treatment and therapy available to you.

In certain situations, both Crohn’s disease and ulcerative colitis can be partially managed through lifestyle changes, including dietary alterations and stress management. There are also a variety of medications that are available to reduce the occurrence of flare-ups of IBD, prevent future flare-ups from occurring, and improve the patient’s quality of life. Surgery may be indicated to deal with certain complications associated with these diseases.

For more information on inflammatory bowel disease please contact us to schedule an appointment.